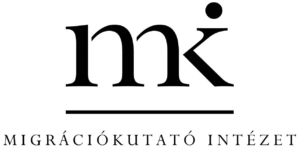 In 2010, The Open Society organised an event against the regimes in Uzbekistan and Tajikistan in which it states that „Growing interest in Islam itself is not a threat to stability, but poorly managed social change can contribute to political destabilization. Ultimately those who have a foreign Islamic education will play a role in redefining the relationship between Islam and state and Islam and society. What role they play depends in part on state efforts to control and accommodate religious activity”.[2] The Open Society supports Islamists (which it calls the Islamic revival and growing interest in Islam), which it does not consider as a threat to stability. Foreign Islamic education, meaning studying in a traditionalist way Islamic theology and law in Pakistan, Saudi Arabia or Iran in schools controlled by Islamist movements or governments, are considered by Western analysts as largely channels of radical Islamism which train youth in the Middle East before their return. Some of them became involved in the violent destabilisation of Uzbekistan and Tajikistan. Moreover, the Open Society supports Islamism which it calls here an enterprise at “redefining the relationship between Islam and state and Islam and society”. Thus, the Open Society displays an overt opportunism, supporting even radical Islamism if it destabilizes unfriendly regimes, which do not meet its expectations.

In 2005, Jerome R. Corsi published an article on Worldnetdaily.com in which he shows that the Open Society helped the Pro-Mullah American Iranian Council to lobby to host Javad Zarif, Iran’s ambassador to the United Nations, to give a talk titled, “The View from Tehran.”[3] Since then Javad Zarif became the Minister of Foreign Affairs in Iran and one of the artisans of the Iranian Nuclear diplomacy.

Moreover, on February 3, 2011, George Soros published an opinion in the Washington Post. Here is what he says about the Muslim Brotherhood, an Islamist organisation, “the best-organized political opposition that managed to survive in that country’s repressive environment is the Muslim Brotherhood. In free elections, the Brotherhood is bound to emerge as a major political force, though it is far from assured of a majority”[4]. He calls overtly to support the Muslim Brotherhood which he blesses as follows: “the Muslim Brotherhood’s cooperation with Mohamed ElBaradei, the Nobel laureate who is seeking to run for president, is a hopeful sign that it intends to play a constructive role in a democratic political system.”[5]

The Muslim Brotherhood is considered a terrorist organization by the governments of Bahrain, Egypt, Russia, Syria, Saudi Arabia and United Arab Emirates. In 2014, it was under investigation by the British Government of David Cameron for extremist activities.[6] The Muslim Brotherhood was also suspected in France by the Valls government in 2015.[7]

In October 2016, The Open Society released a report in which it asserts that the ”UK government should repeal 2015 legislation that imposes a legal obligation on education and healthcare professionals to report individuals believed to be at risk of being drawn into terrorism”.[8] In the period 2015-2017, four terrorist attacks have been made in Great Britain, the most recent being the Manchester Arena bombing (killing 22 individuals and injuring 59).

The report criticised the UK’s prevent strategy for using “a broad and vague definition of “extremism” as a target (“vocal or active opposition to fundamental British values, including democracy, the rule of law, individual liberty and mutual respect and tolerance of different faiths and beliefs”) and creates a risk of violating the right to freedom of expression among other rights.”[9] While one would expect the Open Society, claiming to defend democracy and liberty, to support any struggle against extremisms which threaten concretely democracy and freedom, the rule of law, it wholeheartedly believes that prevention might be unfair to some Islamists who are not radical.

The Open Society recommends “to repeal the Prevent duty with respect to the health and education sectors, end the targeting and reporting of “non-violent extremism” under the Prevent”.[10] It is known that these sectors are the most frequent contact-points of Muslim communities with non-Muslims, and that chances are good that the employees of these sectors could obtain any element about extremist individuals, and therefore contribute to fight against radical Islamism. As the latter conducts a war against civilians in the UK, the civilians are also concerned about extremism, including Muslims themselves.[11]

Another fight the Open Society engages in, and which supports Islamism, is its assistance to associations against Islamophobia in Europe. The Open society says clearly “we have supported groups that work on a broad range of issues affecting Muslims through various approaches, such as campaigns aimed at countering stereotypes, hate-crime monitoring, capacity building, and opposition research aimed at uncovering and monitoring the counter-jihad network”.[12] The Open Society also asserts that ”We engage in advocacy at local, national, and European levels, either by directly calling, for instance, for equality data collection; advocating for improved integration policies based on Open Society research; or through support to NGOs like the European Network Against Racism”.[13]

Valentina Colombo showed in a well-documented study that the associations of Islamophobia and Muslim feminism in Europe are related to the European Muslim Brotherhood and the Muslim Brotherhood in general at the global level through its ideological and political off-shoots.[14]

In 2014, the Open Society published two articles in which it criticises France’s veil ban and supports niqab (full veil including the face)[15]. Even in the moderate Islamist circles, the full veil is considered as extremist. Niqab, being only supported by Salafism, the most radical interpretation of Islam today, dehumanizes and segregates women completely from society.

The Open Society supports Stichting Platform Islamitische Organisaties Rijnmond (SPIOR) which is an umbrella organization of Islamic mosques and associations in the greater Rotterdam area (the Rijnmond). The Open society overtly supports SPIOR  which ”brings together 66 mosques and other Islamic groups that combine Islamic faith with concern for social justice … and which manages religious education for about 2,500 Muslim children in public primary schools, hiring and training teachers and supplying materials”.[16]

In a publication dated in 2011 entitled Muslims in Europe (part of the project At Home in Europe) The Open Society recommended the following:

”Recognize Muslim organizations from society as legitimate interlocutors within the framework of the public consultations and local dialogue. The Foundations research shows that recognition by local decision-makers of Muslim community organizations is an essential component of the social fabric of certain urban areas. Wherever civil servants municipal officials or district officials have worked closely with the Muslim community and civil society organizations, confidence and a stronger sense of city emerge…the  civil society organizations are in a position to facilitate access to certain segments of the community that might otherwise be out of reach for public bodies”[17]

This recommendation can only be understood as an intimidation. It has three layers: first it undermines one essential principle of open and democratic and secular society, which is secularism. Citizens should not be represented by Islamic organizations, of the type of Muslim Brotherhood and others which either depend on Islamic countries or sectarian interests. Second, that the Open Society makes an alliance with these organizations and tries to sell this alliance as the only representative of some citizens to European states, admitting to sustain a parallel society to which only Islamic organizations and Open Society civil organizations have access. Third, the Open Society builds and empowers tensions, based on religion, against European societies.

This study has been criticized particularly in France. On September 22, 2011, the French newspaper La Provence, based in Marseille, reacted vehemently to the Open Society, entitling its article as follows “The Very Strange Study of a Billionaire”. The newspaper expresses its rejection of the Open Society’s allegations such as “The Muslims of Marseille face disturbing discrimination”, “Muslims in Marseilles feel abandoned by their city”, “half of Muslims from Marseilles would not feel well in their city”.[18] The Newspaper said that it discovered “with horror that in this study of 315 pages that the Muslims of Marseilles are ill-treated … in all areas”[19]. What seems to be frightening in the study is the rhetoric it uses to fuel a situation that is already religiously-socially explosive, justifying implicitly any action taken by Islamist groups in France or elsewhere.

The Open Society is opportunistic and versatile: it supports radicals in Central Asia, moderate Islamists in Europe, and Islamist movements in the Middle East, all of which are convenient to destabilize their regions. The Open Society’s strategy in supporting Islamism has a rhetoric side and a legal side. In the rhetoric side, it covers the face of Islamism, or even whitewashes it, as Muslim or Islamic, and thus considers that it is legitimate for Muslim communities to be led by Islamic activists, while these activists are doing politics, and not only religion, and furthermore they are doing destabilizing politics. The second side of the Open Society’s strategy is using laws against racism to advance the Islamist strategy, weakening the national identity, security and society of the country in question. It can be concluded that the Open Society’s strategy is not at all supporting an open, democratic and free society, but a chaotic, Islamist-friendly, unsafe, closed and undemocratic society. The Open Society does not do it for the sake of Islamism, but for its own interest, as it can only flourish in non-sovereign states, borderless world, and fragmented societies.

[3] Soros supports mullahs: The left embraces yet another enemy

[4]  George Soros: Why Obama has to get Egypt right

[11] John Rossomando wrote an article for the Investigative Project on Terrorism in which he shows how the Open Society supports moderate Islamism in the USA in downplaying radicalisation and the jihadist threat. See:

[14] Islamophobia and Gender at the European Parliament. An example of MB monopolisation

[15] France’s Veil Ban: Getting It Wrong on Living Together

“A Decision that Seems Like an Attack on My Religion”

[16] Understanding Identity: Muslims in the Netherlands