An Occasional Alliance or a New Power in Europe?

Hungary’s international image has come a long way since the beginning of the migration crisis in 2015. Yet what many though unlikely two years ago now is reality: there is a growing coalition forming around Hungary, linking the V4 countries and various  forces in European politics.

This new coalition, originally formed a propos the immediate policy responses to the ‚migration crisis’, promotes a „Europe of nation states” in opposition to a more federalist Europe championed by Germany and other member states. The proposed conference seeks to retell the origins of this marked shift in the European balance of symbolic power, and investigate how the Visegrad 4 envisions its self-image, as well as the role it can play as a regional bloc in the Europe that is to come.

Please register by the 27th of October at the following link: https://docs.google.com/forms/d/1vP9462MMxZVrkdEEPRJ8nLgqf8sysxtrdo8dK2uy5go/edit?ts=59e9b7bf 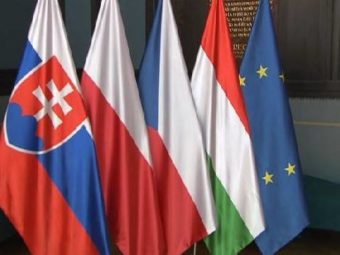