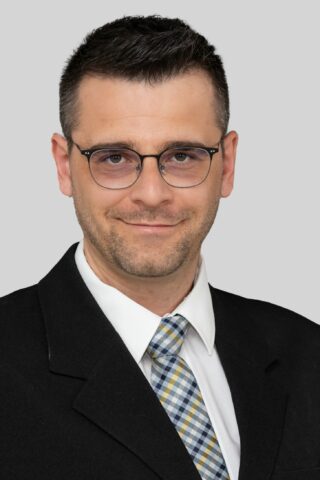 Márk Vargha graduated from Faculty of Law of Eötvös Loránd University of Sciences (ELTE) as a Master of Law in 2010. During these studies he had the chance to get acquianted with the Danish folk high school system for a short time, as he attended Vallekilde Folk High School, focusing on Identity and Communication. He started his career as a law enforcer at the National Tax and Customs Administration, then worked as a legislator at the Ministry of National Development. He carried on this kind of activity together with legal coordination at the Cabinet Office of the Prime Minister. Before joining the team of the Institute, he was a political advisor at the Ministry of Human Capacities. He spent three years at the Bolyai Workshop as tutored student, later as a member of the supervisory committee. He obtained his second degree in political communication advising at the Budapest College of Communication (today Metropolitan University). He is co-author and co-editor of two books of essays and two books of interviews. His research fields are the international and EU laws concerning migration and the effects of migration on Italian politics and public opinion.