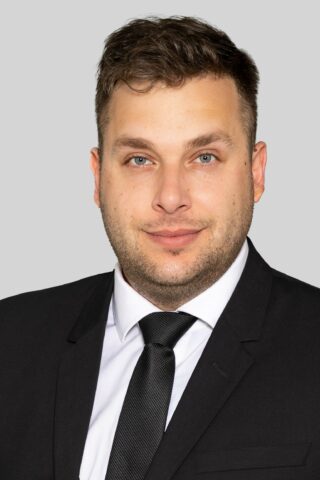 Szabolcs Janik obtained his degrees at the Corvinus University of Budapest: he finished the political science bachelor’s degree programme in 2009 and the corresponding master’s degree programme in 2012 at the Faculty of Social Sciences. He studied international economy and business (MA programme) at the Faculty of Economics at Corvinus, and graduated as an international economic analyst in 2012. From 2012, he worked at Institute for Public Policy Research as an economist, and was engaged in the analysis of the domestic and international macroeconomic trends, primarily in the field of the Hungarian fiscal and monetary policies, as well as prepared related decision support materials. In the second half of 2014, he worked at the Institute for Foreign Affairs and Trade, where he prepared analyses relevant from the aspect of the purposes of Hungary’s foreign policy and trade. Following this, Szabolcs worked nearly one and a half year in the Ministry of Foreign Affairs and Trade, where he prepared analyses from the reports sent by the Hungarian delegations from all over the world, and also participated in the coordination of projects initiated by his organisational unit. During the years spent in the public sphere he successfully fulfilled the requirements of the public administration exam (both basic and professional level). In the Migration Research Institute he is engaged in the analysis of the economic aspects of migration, focusing on its impacts on the economy of Hungary and the European Union. Currently he is conducting his doctoral studies in political science at Corvinus.