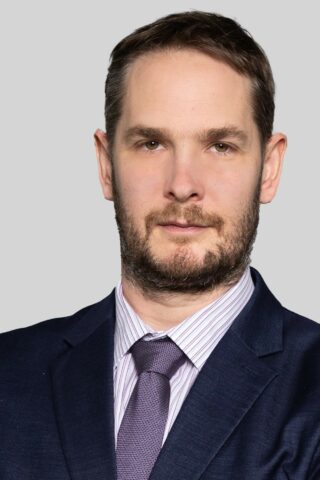 Viktor Marsai, PhD, seized his first degree in the Eötvös Loránd University from history and aesthetics. He got his second degree from security and defence policy in the Miklós Zrínyi National Defence University in 2010. He had started his PhD studies in the ELU Doctoral School of History in 2008, and he wrote his dissertation about the Somali state building efforts. He seized his PhD in the spring 2014. In 20110-2011 he worked for the Hungarian Ministry of Defence. Since 2012 Marsai has been working for the National University of Public Service, first as junior lecturer, later as assistant professor. Since 2014 he has been delivering lectures in Péter Pázmány Catholic University. In March 2017 he became the leader of “Africa in the globalized world” Ludovika Research Group in the NUPS. In the same spring he won the János Bolyai Research Scholarship of the Hungarian Academy of Sciences. He started his part-time job in MRI at 1 September 2017, he became research director in October 2019. His main research areas focus on the migration trends of the African continent and the security aspects of migration.